The Heart of A Writer 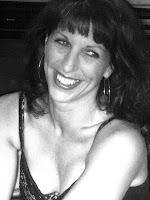 I had the privilage of interviewing Author S.R.Claridge and, with her permission, have transcribed our conversation here.  There are many, many talented writers in the world, but few that have the open heart, tenacity and high-spirit of this woman.  She'll make you laugh, she'll make you cry and she'll touch you in a way that can only be described as honest.  I hope you enjoy this interview as much as I did.

Why do you think you chose to write suspense novels?
I like mysteries and things I have to try and figure out.  I enjoy reading suspense novels and I think it is somewhat natural for an author to write what they enjoy reading.
Have you ever considered writing another genre, like paranormal or erotica?
I’ve never considered paranormal because my mind just doesn’t work that way.  I can’t seem to think that far outside the box.  I have written erotica, but they are short stories that will never be seen by anyone other than my husband.  <blushing>  I’m actually quite bad at writing in the erotica genre.  I don’t know why, but I think it’s because my vocabulary is lacking in terms of coming up with creative words for penis and breasts.  Let’s be honest, how many times can you write “mammoth mounds of glory” or describe how he “thrusts his manhood”…. <laughing>…. See what I mean?  I should stick to writing suspense novels.
Would you describe yourself as a conservative writer, then?
I don’t think any part of my life would ever be described as “conservative”… not on paper and not in the real world.  In fact, those who know me best are probably laughing at the mere idea of defining me as conservative.  I think I’ve definitely mellowed some with age, but am far from conservative.
So, how then would you define yourself?  Who is S.R.Claridge, the author?

That’s a tough one. Well, my first name is Susan and my middle name is Renee’, which is where the S.R. comes from.  I’m half Serbian and half German, so if you want to know where my hot-headed temper comes from just combine Milosevic and Hitler and there you have it.  On the flip side my heart is pretty tender and I believe forgiveness is key in any relationship.  I think marriage required a lot of sex and friendship requires a lot of love…put the two together and you’ve found your soul mate.  I love Jesus and talk God’s ear off probably more than even He wants to hear from me.  I used to be a drug-using, chain-smoking vegetarian; but now I’m a meat-eating, smoke-free, soccer-mom who knows first-hand that people can change.  I believe no one has the right to judge anyone else, and it angers me when I see it being done.  I think life is about maintaining balance and that beauty is found deep inside.  I believe people are brought together for a purpose and that there really are no chance encounters or coincidences.  I know that anything good in me comes from God, because on my own I am bound to mess things up.  More than anything I have been richly blessed with an incredible husband of almost 20 years and two super kids who bring more joy into my heart than I ever dreamed possible.
I see that you used to write lyrics.  What’s one of your favorite songs from a lyrical perspective?
The Heart of the Matter by Don Henley.  I love the chorus. <she sings>“I’ve been trying to get down to the heart of the matter, but my will gets weak, and my thoughts seem to scatter but I think it’s about forgiveness… forgiveness… even if, even if you don’t love me anymore.”

I also like Get Over It by the Eagles and Have A Nice Day by Bon Jovi.  One of my all-time favorites is Everything by Michael Buble.  I like too many songs to be able to answer this question.
You made a demo CD in Nashville.  What was that like?
Oh my gosh, that was years ago and I can’t believe you even know about that!  The CD was called, “Out of the Box” and it consisted of four songs that I had written:  Live your Dream, Do Me, Good Time Girl and Come Into My Life.   It was a great experience and I feel blessed to have had the chance to go through that process and work with some fabulous musicians.  The problem was I’m a writer, not a singer so the demo really should have been made with a true-to-life singer. 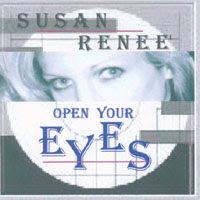 You also have a CD released entitled, Open Your Eyes, and two singles called, Columbine and A Nation Under God.

You've done your homework!  Open Your Eyes consists of 13 songs (I think) and they are more of a Christian tone.  Columbine was a song I wrote after the Columbine High School shootings and A Nation Under God, I wrote after 911.

Do you still write songs?
I do, but no one hears them anymore.  They're just sort of my own personal outlet now.

Back to your comment about not singing, you’ve sang on stage before.  There are musicals on your resume.
True.  I can sing, but that doesn’t make me a “singer.”  I don’t have the type of voice that you would want to close your eyes and listen to; but if I have to get up on stage, playing a role, and sell a number I can do it.  I’m not a “dancer” either, but I can dance on stage in a production if it’s part of the character I’m playing.  Musicals aren’t my first preference when it comes to performing.
What would be your preference for performing then?
Shows that are a Dramatic/Comedic mix or that have an underlying meaning.  I did a one-act type play on the topic of Sex&Marriage and I loved it.  It touched people because it dealt with things to which every married couple could relate, but it also brought a comedic side to dealing with some of the challenges in marriage.
What made you fall in love with the stage?
When I was on stage I could be anybody I wanted.  All the bad things about me disappeared.  I was confident on stage in a way I couldn't be in life.  I felt like I could breathe and nothing could hurt me while the spot lights were shining.
Let’s look at your entertainment background for a moment, do you think your experience on stage helps you write your novels?
I think every experience in life helps me write my novels.  My experiences on stage are precious memories to me so there is a certain emotional element I can tap into and give to the characters in my books when needed.  Some of the best times of my life have been on the stage.
Do you miss performing?

Yes…sometimes it feels like a raw aching in my chest.  I do miss it, but I don’t know how I could fit it back into my life.  Right now I pour my training and experience into my daughter, who lives to act and I get to be the Stage Mom who watches her shine.  I’m often the teary-eyed one in the audience, especially during curtain calls…because I remember the wonderful feeling of the warmth of the lights, hearing the applause and those incredible chills of excitement.
You’re a mom of two children.  What are your greatest challenges being a mother?
I think the answer to this question would vary depending on the age of the children, but for me, (my kids are 8 and 10 years old) the biggest challenge right now is in trying to steer them down the best path for where they need to and want to end up.  I want to support their dreams and give them every opportunity toward success.  They have more choices than we had growing up and everything they do starts when they’re so much younger than when we were kids.  I want them to be balanced and make wise decisions.  I also want to nurture their spirits so that they will stand on a strong foundation of faith and trust in God as they grow.  Most of all, I want them to know that life can be hard, and we all make mistakes, but there is nothing we can’t tackle and get through together.
Your books are primarily about relationships between men and women and about the loyalty of Mafia families.  Why did you choose these topics?
Relationships touch everyone.  Everyone can relate to the difficulties and challenges of keeping a relationship going strong.  It can be hard, but it doesn’t have to be impossible.  The loyalty of Mafia families has always intrigued me because I think, despite some of their ideals on murder, they truly understand that blood is blood, a brother is a brother and you take care of your own.  Period.  It strikes a chord with me because I believe God puts you with certain people for a reason and it is your responsibility to care for, support and love the family He has given you; above all others.  Baddah-Bing-Baddah-Boom.
I’ve had the privilege of reading several of your novels and reviewing them.  I find your character interaction to be remarkably well-written to the point where I feel I am actually involved in the conversation.  How do you do this?

Thank you.  I think it stems from writing scripts and visualizing the scene in my head as if it is just that, a scene taking place in a movie or on a stage.  I see the blockng and character movement before I write it.
I’m sorry to cut you off, but particularly in love scenes you are able to paint a clear picture without going into any graphic detail.
That’s because I’m not good at the graphic details, hence not writing erotica.  <laughs>  When I’m writing an intimate moment I envision what I would want to happen if I were living in that moment.  Where would I want his hands to touch me?  Would I be longing for a tender, sensual kiss that grows slowly deeper and more passionate?  Or would I need a forceful, pushing against a wall and gripping me with desire moment?  Do I need to see in his eyes that he wants me?  Or am I unaware of it until I feel his lips closing in on mine?  Just like being on stage, it’s the little things that make a scene work.

Real quick before we end our conversation, what do you think is the most important feature on a man?
I'm asked this question a lot and it always strikes me as odd.  Whether it's a man or a woman, I think the most important feature are the eyes.  The eyes tell you everything you need to know about someone... without sounding too cliche' the eyes truly are the window to the soul.


It has been a pleasure talking with you today and I wish you much success with your books.  S.R.Claridge is currently writing the fourth novel in the Just Call Me Angel mafia suspense series and working on an independent novel, of which the topic she is keeping a secret for now.  To pick up any one of S.R.Claridge’s novels, please visit Amazon, Barnes&Noble, Smashwords.  Also, I understand Susan will be giving away a free download of one of her books to anyone who responds to this interview in the comment section.  She has also graciously agreed to answer any questions readers post, as long as it doesn’t give away the plot in any of her novels.  Thank you for being with us today.

Thank you for having me.  It has been my pleasure to be here.